From Silver Medal to Silver Lining: Dealing with the Phelps Loss 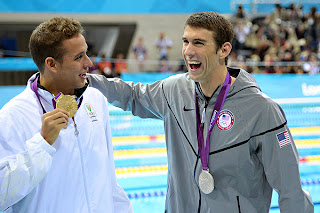 When we have nights like Tuesday night, I think about how much I love sports.
Posted by Tyler "Dazz" Daswick at 10:44 AM