Right now, someone right now is pretty pissed at Mike Huckabee for his continued comments on integrating religion back into American schools. Right now, a town in Connecticut is planning to hold a communal burning of all violent movies and video games. Right now, people are moaning at the NRA in defense of their continued belief that guns are not the direct cause of all of this violence. Right now, Bob Costas is taking a lot of heat for taking the exact opposite stance.

Violence has rocked the United States as of late. Gun crimes have been more apparent over the last six months than ever before. Aurora, Newtown . . . we wonder what is next. Maybe even more so, we wonder what we can do to stop these atrocities from happening again.
Everyone has their ideas, as was seen above, but at the same time, everyone has their objections too. Mike Huckabee--how wrong is he to press God onto our children? Would God have stopped the shooting? He can’t even do that, can he? Please. Burning violent games—how about we turn the focus on the flaws in parenting allowing those games to be played? The NRA—how dare they even think that guns don’t kill people. Guns are murder weapons; that is an easy one. As for Bob Costas—just let me watch my freaking football game, I don’t want your opinion; I want my highlights.
No one is right, everyone is wrong. Or I am right and you are wrong. I know what is best for us, and you are stupid for thinking differently. Over and over and over. Everyone has good intentions, everyone thinks that what they have to say can genuinely help, everyone wants an answer. Maybe that is our problem though, because right now, there is no answer. We might never have an answer.
When someone executes a mass-shooting, or a murder-suicide, or whatever it is, we always seek to know why. Why did Jovan Belcher shoot himself seemingly without warning? What made James Holmes toss tear gas into the movie theater at Aurora? What in Adam Lanza’s mind propelled him to go to an elementary school armed with fully automatic firearms? We can ask why why why as many times as we want, but the short of it is this—we will never understand. People are crazy. People are sick. People are depressed. We just do not know.
This is a world with a lot of answers—you can Google something or ask Siri or look it up from your tablet—and our biggest struggle right now might be accepting situations when we do not have an answer. There is no fix-it solution.
So what do we do? Do we try to explain things we cannot explain? Do we fight for our beliefs and opinions even though change might be impossible to bring about? Well, yeah. Sometimes, just being able to give an answer can make a difference. Think about when you take a test: do you feel better about a particular question when you take a wild guess as opposed to leaving it blank? Of course you do—you were at least able to offer something intelligent and reasonable, and you did not just roll over and admit defeat.
See, that is what really matters here. In the wake of all of this violence in our lives, no one is leaving things blank. Everyone is trying to give an answer to explain the tragedies, and whether someone is right or wrong does not matter, it just matters that their answer is reassuring to them. Mike Huckabee is able to console himself through his religious life; he just wants to share his personal solution with other people. Bob Costas finds solace and sense in words against ownership of automatic weapons. He sees something that is able to potentially offer an answer, and in sharing it with you, perhaps he hopes that you find consolation too. Whatever you believe, whatever you think might amend the strife and eliminate the horrors from our world—it just matters that you believe it.
Our world has a lot of answers, but in the case of unimaginable acts of violence, the particular answer is just that, unimaginable. When faced with something that we might not understand, we look all over for a solution, and it does not matter if this solution is right or wrong or popular or weird. Right now, it just matters that you have an opinion of what that solution is, because through the process of understanding, recovering, and healing, believing that there is an answer out there might be the most important part of it all. An answer means that one day this all might be preventable. An answer means hope.
So instead of seeing someone’s outspoken post on Facebook or someone else’s politically-slanted television interview and growing angry at their idea, just remember this: it is just an idea. You may disagree with the methods, but the intention is what matters. In a time of unfathomable hardship for many families across the country, it is important that we look to be more sympathetic and less argumentative. Everyone just wants to help, and it would sure be dumb if we were to attack that help.
After all, are we not supposed to be the normal ones? 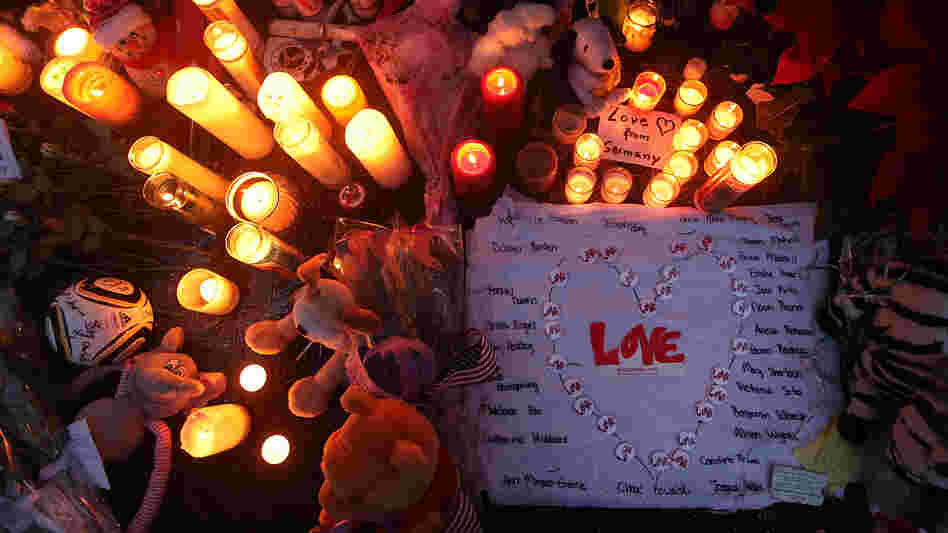 Our country could use some hope right now, and the last thing we want to do is stamp it out.