Loss is a strange word, when you think about it. It can indicate absence or failure or something incomplete. But most of all loss represents nothing. You had something; now it is gone. Nothing there. Nothing left. 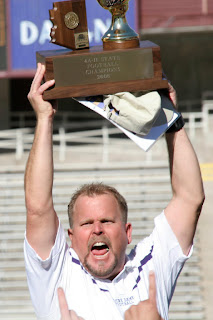 Thank you. For everything.
Posted by Tyler "Dazz" Daswick at 3:59 PM